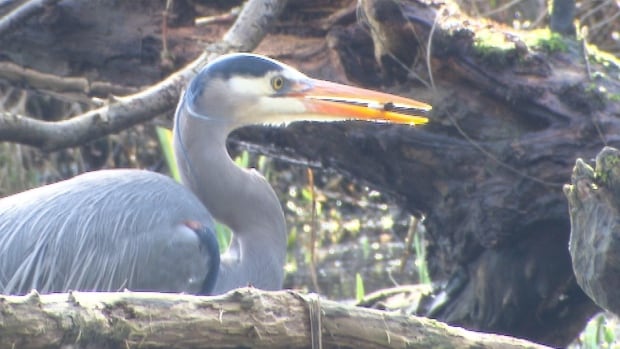 New $4,900 camera will allow viewers to take turns controlling the camera from home

A new $4,900 camera at Stanley Park is broadcasting a live feed of the Vancouver park’s heron population.

The camera will offer nature enthusiasts better access to the birds and give scientists studying the heron colony a closer look, said the Vancouver Park Board, which is behind the initiative.

The colony, which consists of about 300 herons, is home to around 100 active nests that produced 175 fledgling herons in 2015. It’s located behind the park board offices in Stanley Park.

These herons are a species at risk in Canada and the Stanley Park colony is a vital part of the South Coast population. One-third of great blue herons worldwide live around the Salish Sea.

The new camera is high definition and viewers can take turns controlling it from home.

“We have 13 different angles we can work with as well as zoomed-in and zoomed-out viewscapes where we can see the whole colony,” said Egerton.

She says the upgrade comes just in time to see “fun courtship behaviour” with the birds.

“They do this beak-wrestling thing where they grab each other’s beaks and pull back and forth and they squawk at each other and the males defend their nests,” she said. “There’s a lot of fun courtship behaviour to see”

The popular live feed got about 100,000 views from March to August last year.