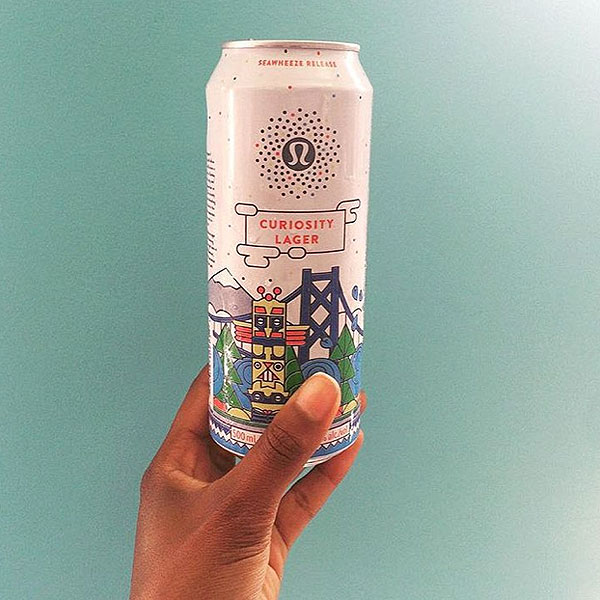 Yoga enthusiasts love to tout the sport’s relaxing qualities. Other people turn to a beverage — oftentimes a cold beer — to unwind.

Well, Lululemon wants you to have both.

Hopping on board the beer-and-yoga bandwagon, the athletic clothing chain is debuting their own craft beer, Curiosity Lager, in honor of the company-sponsored SeaWheeze half marathon in August.

However, don’t get too excited about trying this brew for yourself: Only 88,000 cans will be produced. It’ll be available both in stores (in British Columbia and Alberta, Canada) and at the Sunset Festival, the after party for the half marathon.

Part of the proceeds will go to the Stanley Park Ecology Society, the site of the festival.

Yoga and beer? It doesn’t get much more relaxing than that.