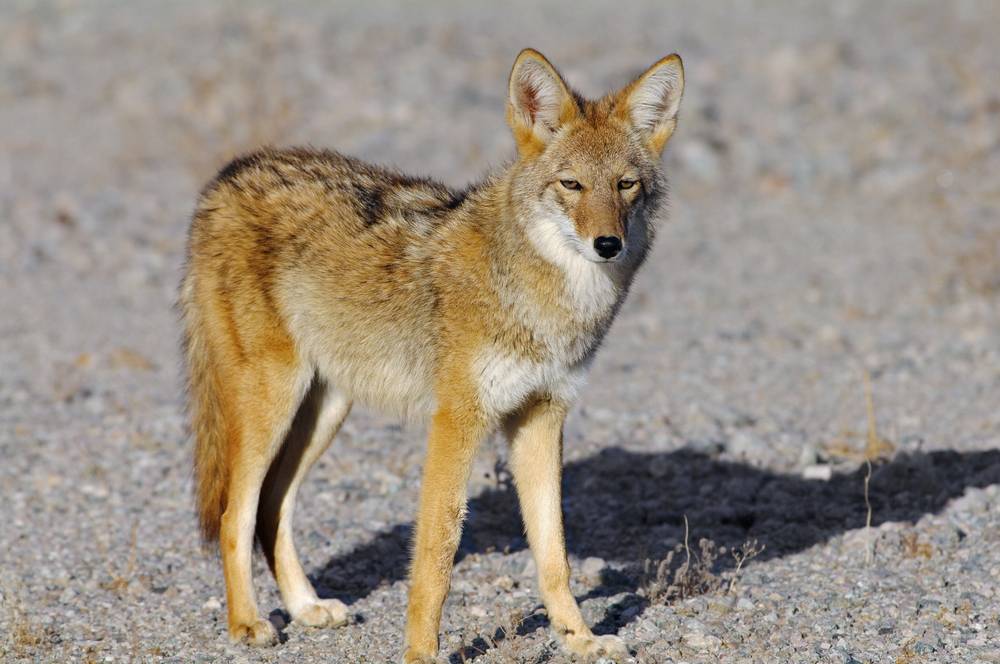 This morning, CBC Radio’s Brian Dance reported that a coyote near Granville Island followed a woman as she was walking her two dogs.

However, there are concerns that this particular animal might have been fed by a person, alleviating its fear of human beings.

According to the Stanley Park Ecology Society website, there have been four encounters this month between pets and coyotes in Vancouver.

All of these incidents occurred between April 10 and 16 on the west side of the city not far from Granville Island. (The blue markings are sightings; the orange markings indicate an a “pet attack”.) 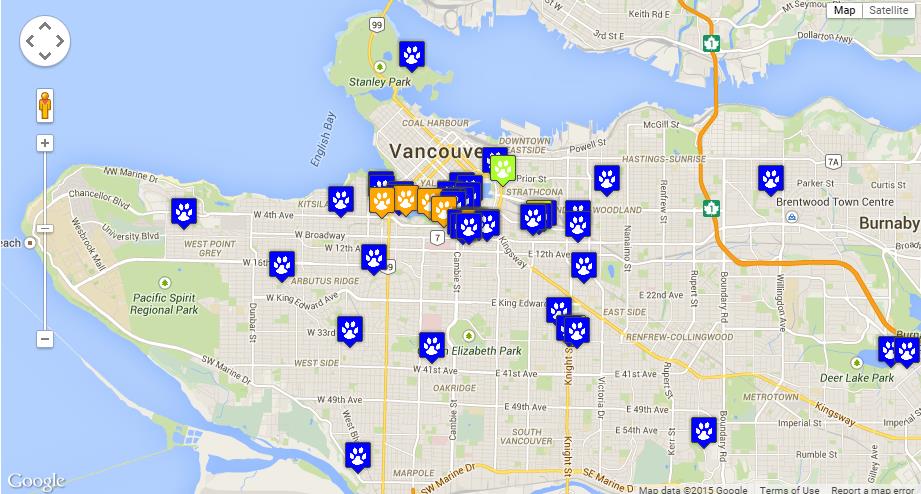 The society’s website states coyotes may be more territorial during the spring denning season when they are protecting new pups.

“They are known to build their dens in hard to find locations including secluded parts of parks and golf courses, behind blackberry bushes, and if given the opportunity underneath abandoned buildings,” the website states. “If you come across an active den site or pups please report it online or call 604-681-WILD and avoid the area. It is also another good reason to keep dogs on leash in parks, as curiousity may lead to unnecessary conflicts between coyotes and pets.”

Coyotes are attracted to loose garbage, yard fruit, pet food, and bird feeders, which is why the society states that it’s important to keep these “attractants” away from yards and parks.