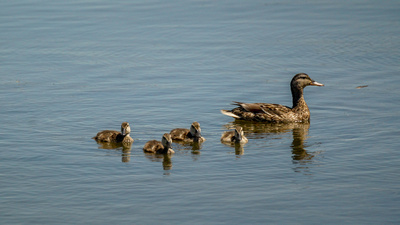 Along the shores of Lost Lagoon

You will be wont to find

A brood of ducklings gathered

Around the water line.

Admiring from the shore.

As they see there is one more.

A brood of ducklings trailing after their mother is not an uncommon sight at Stanley Park’s Lost Lagoon, but as I was enjoying a beautiful, end-of-summer day, I ran into a surprising sight. It was late in the season, and a Mama Mallard was swimming with her ducklings near the stone bridge on the west end of the lake. She had six with her, already aneye-catching amount, but when I looked closer, I saw that one of those was not like the others.

Our very own Ugly Duckling in Lost Lagoon?

The sixth ducking was a young wood duck. It swam along with the others, keeping a bit of a distance from Mom, who would hiss at the duckling whenever it got too close to her. Is it already old enough for its mom to let it be? Did something happen to its mother, so it’s tagging along with these others for shelter?

It’s impossible to tell, but I had to find out. So I did a little research. 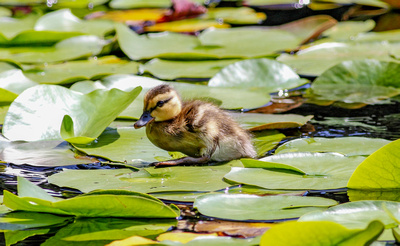 Turns out wood ducks can have a problem of “egg dumping.” This is when a female will mistakenly lay eggs in another’s nest. A typical wood duck brood is 10 to 15 eggs, but broods of up to 30 eggs have been found as a result of this problem. In the wild, nesting sites would be far dispersed, but in more confined habitats, such as a park surrounded on three sides by ocean and one side by city, this becomes a problem.

The likelihood of egg dumping occurring further increases when wood ducks are provided with artificial nesting structures. While nesting structures are meant to provide nesting sites for females safe from predators, sometimes they can be placed too close together. Is it possible that the wood duckling was “egg dumped” into a mallard’s nest? Do wood ducks “egg dump” in non-wood duck nests?

While the Stanley Park Ecology Society (SPES) does provide three nesting structures for wood ducks, these are all located along Beaver Lake and Creek, far removed from Lost Lagoon (these structures are also removed at the end of each summer to be cleaned for the next season). So for Lost Lagoon, it may not be the root of the problem.

Both wood ducks and mallards are capable of swimming directly after hatching. Filial imprinting connects the ducklings to their mother, to ensure they will stay near her. Perhaps this wood duck imprinted on the wrong mother? But it is not the same size as the mallard ducklings, a species which is typically larger (20-26 in) than wood ducks (18.5-20 in), so this is unlikely.

It’s impossible to tell the exact story of the Ugly Duckling.

The ducklings will have grown into young adults by now so you will be hard-pressed to spot this unusual brood. Wood ducks are considered among the most beautiful waterfowl in North America, so it won’t be an ugly duckling for long. 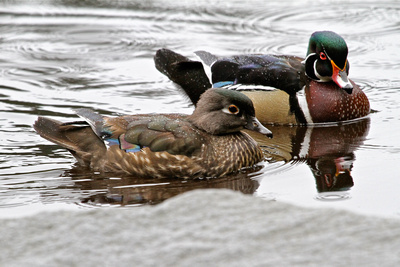