The Stanley Park Ecology Society’s Co-Existing with Coyotes program has launched their Parks and Pets campaign which will see new permanent signage installed in parks around Vancouver as well as provide educational materials in dog license renewal mailouts. 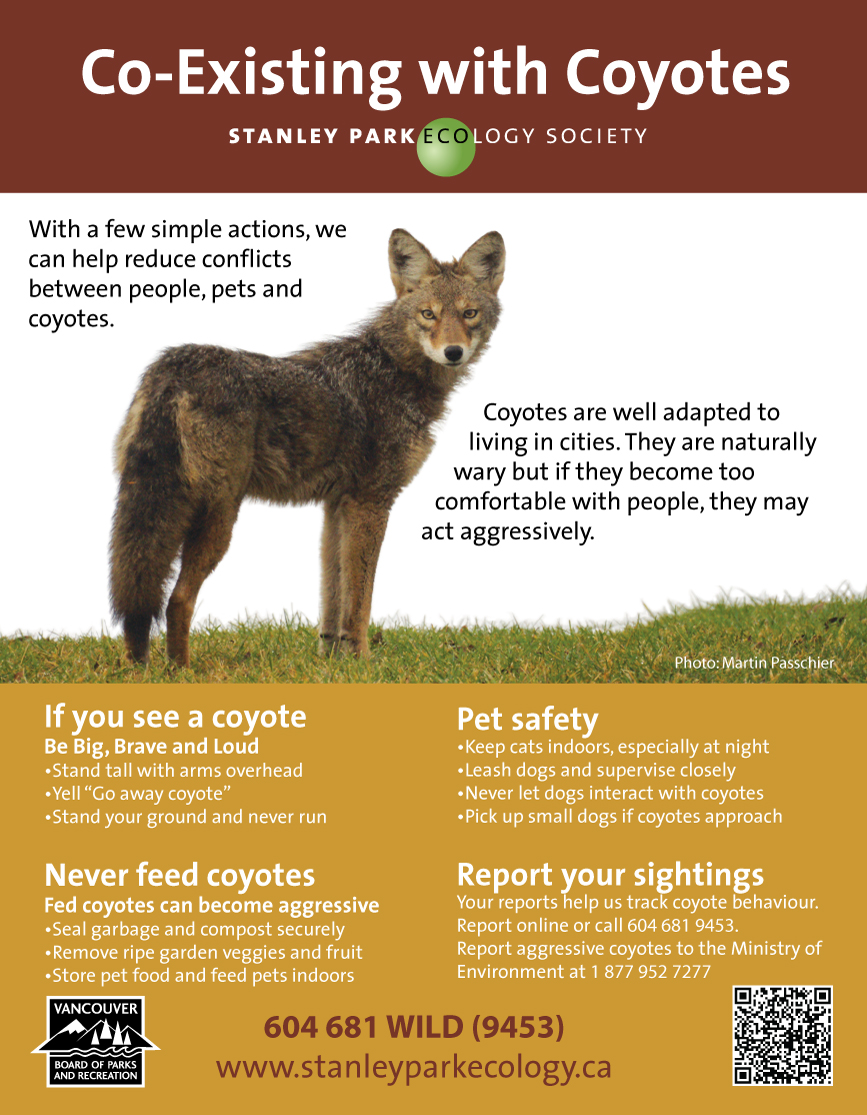 We’ve been busy rebranding the program over the past couple years and these new signs have a new look celebrating almost 15 years of co-existence with coyotes in Vancouver.

Did you know that Vancouver was the first city in North America to adopt an education-based coyote management program? It continues to prove more and more successful every year, educating more and more of the public in how to live alongside these important wildlife species and reduce conflicts between people, pets, and coyotes. The new signage and rack cards were made possible in part by a donation from the Coal Harbour branch of TD Bank.