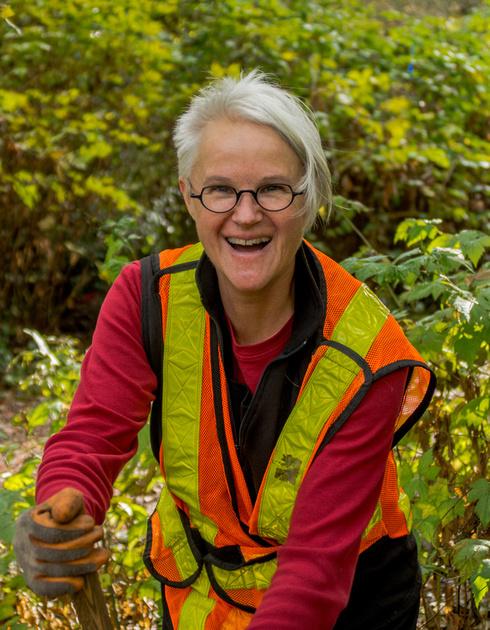 After receiving many creative name ideas from staff and volunteers to rename the stewardship program formerly known as the Ivy Busters, we finally put it to a vote to decide on the winning name. Stanley Park Eco-Stewards came out on top.

This program began in 2004 and was all about removing English ivy from the Park, hence the “Ivy Busters” title. Since then, it has grown to include many additional activities including removing other invasive species, decommissioning unsanctioned trails, planting native species and adding coarse woody debris and other habitat enhancements to the Park. The Stanley Park Eco-Stewards is not only a catchy name; it also better reflects the work we do.

The winning name was submitted by one of our volunteers, Kat Code, who will receive a gift card to Whole Foods Market and a free SPES membership for the year.

Thank you to all the volunteers who submitted name ideas and here’s to many more great programs as the hard working stewards of Stanley Park.