Vancouver’s photographers urged to get snapping 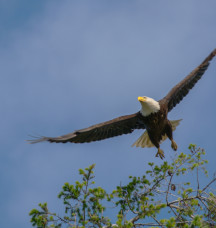 Novice and seasoned nature photographers in Vancouver are urged to get out their cameras and get snapping to be in with a chance of winning a new photo contest that kicks off on April 6, 2013.

Stanley Park Ecology Society (SPES) is hosting a photography contest from April 6-14 that puts Stanley Park’s wildlife, nature, special places, and people in the spotlight. Running over the course of an entire week including two weekends, SPES invite the talents and enthusiasm of photographers to share their images of Stanley Park with the community.

Patricia Thomson, SPES Executive Director, said; ‘With a focus on Vancouver’s most beloved Park, this photo contest is a great way for people of all ages and skill levels to get close to nature and learn something new and fascinating about the Park. You never know what wild wonders you might capture!

“People have documented their memories of Stanley Park since it was founded 125 years ago, and to this day the Park still captivates photographers with its picturesque vistas, towering trees and striking wildlife, exactly because of its special location and meaning to the community.”

The contest features three categories: nature, places and people. There’s also a special category strictly for youth entries (up to 18 years). Winning photos will be selected in all three categories and in the youth category. Participation is free.

The contest opens on April 4 and ends April 16, and the winners will be announced by April 24, 2013.  Images must be captured during the contest time frame.

Submitted mages will be showcased on SPES website, and the winning entries will be published in the Vancouver Courier and displayed at the Stanley Park Nature House on Lost Lagoon. The top 13 images will also be featured in a special edition 2014 calendar that SPES will sell to raise funds for its conservation and education projects in Stanley Park.

Sponsors include: The Fairmont Waterfront and CPG Systems Inc. The Vancouver Courier is a media sponsor for this contest.