Barrow’s goldeneye are back

Right now, Barrow’s goldeneye ducks are arriving in large numbers along Stanley Park’s shores. They feed on the blue mussels that cling to the rocks and will spend the whole winter in and around the English Bay – Burrard Inlet Important Bird Area (IBA) of Canada. They can be identified by the black and white markings including a white crescent shape on the cheek (see photo below). 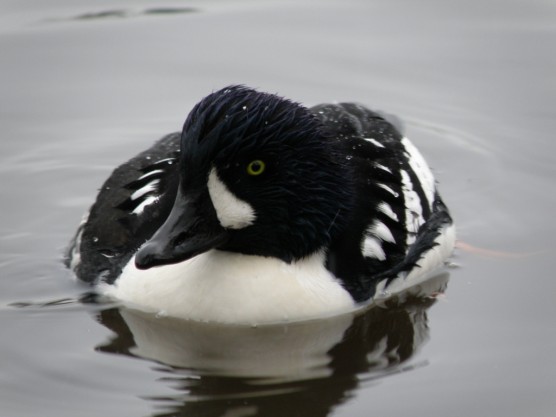 As part of an ongoing Sea Duck Joint Venture research project, a partnership between Environment Canada’s Wildlife Research and Simon Fraser University tracks the migration patterns of the Pacific Barrow’s goldeneye. The birds were given satellite transmitters and tracked to better understand the links between their wintering, breeding and molting habitats (more info).

Some of the Barrow goldeneyes that use Stanley Park over the winter are birds that were marked at Riske Creek, BC (near Williams Lake) as hatching in 2011. The birds’ flight path is shown on the satellite map below. 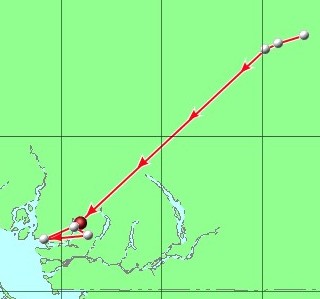 Globally significant numbers of Pacific Barrow goldeneyes winter along BC’s coast, and satellite tracking is the most efficient way to describe the migration and habitat use patterns of this species (Environment Canada, 2012). If you see tagged birds please report them to the Environment Canada.